We recently read an article in Grazia titled ‘Can we please stop telling women how to give birth’.  We were instantly intrigued.  It was written by Maria Lally who talks about the why it took so long for The Royal College of Midwives to end its ‘natural Birth’ campaign and how the pressure of having a ‘natural birth’ has effected not only her but so many women in the UK.  This article touched a nerve with both of us as our labours were not what is considered ‘natural births’, but what is a natural birth?“Natural childbirth is childbirth without routine medical interventions, particularly anesthesia.  Natural childbirth arose in opposition to the techno-medical model of childbirth that has recently gained popularity in industrialised societies.”

Maria speaks about her time at her local NCT classes which a lot of first time mothers do. We went to our local groups, expecting to hear an abundance of knowledge about the good the bad and the ugly truths behind labour.  Instead what we heard was the sentence “HUGS BEFORE DRUGS”.  One of us only lasted one session at pre natal classes as being a ‘young mum’ wasn’t accepted. 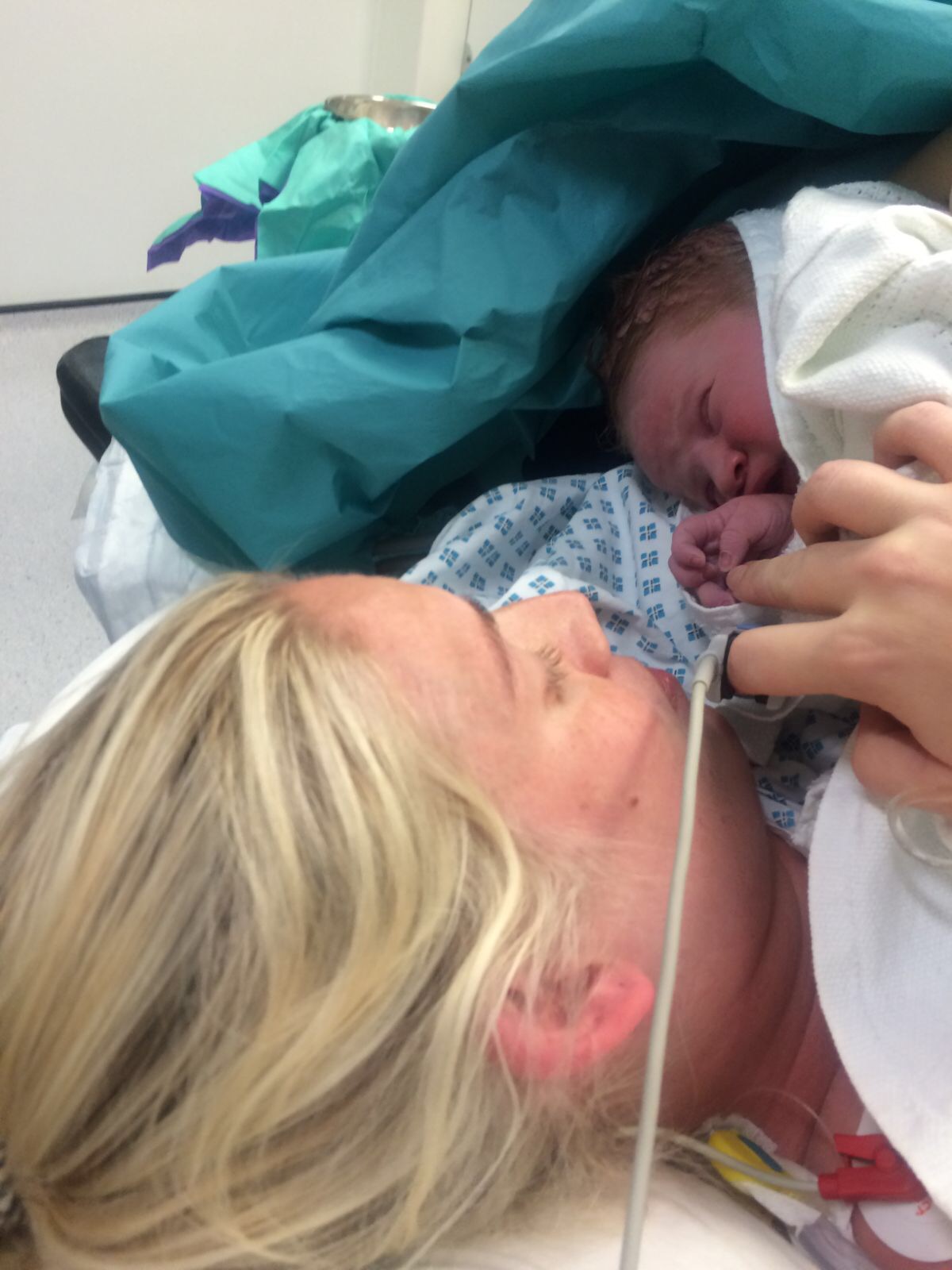 Dreams of soft lighting, calm surroundings in your own private room.  Enya playing in the background and focusing on your breathing in and blowing out the waves of the water come to mind.  For some lucky buggers this can often be the case, however for the unlucky and so many, this isn’t.

So are NCT classes really giving us the good the bad and the ugly or are they trying to steer us down a ‘normal birth’ route?

Looking back over the classes it is only now after experiencing labour for ourselves, that very little time is taken to discuss the ‘what ifs’ of labour.  Which, if we are honest is what we really want to know.  WHAT IF we feel something isn’t right?  It’s our body, our baby, our mother’s instinct.  No matter what training the midwives have, we know how we feel.  For both of us, our labours were not considered normal and if we had the knowledge, all the facts and information that is available to us now would our labours have been less traumatising?

Here are our not so normal labour stories:

Kim
Mine started off with the usual “normalities” of labour.  My contractions started around 11pm on Thursday 3rd September 2015, without boring you with all the details the evening into early hours of the morning consisted of back rubs, breathing and many phone calls to the labour ward asking when we could come in.  We were very lucky to have been invited into the Hospitals Birthing Centre where women who are considered to have “normal and “uncomplicated” pregnancies are invited to a home away from home birthing experience. What you must know before choosing the birth centre is that there is no pain relief other than paracetamol, gas and air.  With my breathing tools I had learnt during my NCT classes I felt equipped to be able to deal with anything.

We arrived at the birthing centre focused and ready to meet baby boy or girl.  All was going swimmingly to begin with, Enya was playing, I was in the bath and contractions were coming thick and fast. My waters broke and after what felt like days I was finally fully dilated.  The constant echo of listen to your body, go with what your body is telling you from the midwives, I felt like I could do this.  I wish I could give you exact times and hours but let’s face it I have no clue on time at all that day but I knew it was a long time.  Nothing seemed to be happening, I got out of the bath and was examined and was told to keep going…more hours went by, I was asked to be examined but protocol was only every 4 hours; I knew something wasn’t right.  My contractions felt different, I felt different, my body was telling me something was up. I was in pain; to put it bluntly I wanted this bloody baby out.

I asked or should I say begged for more pain relief, but was told I would have to move to the main hospital if I wanted this, I almost felt like this wasn’t an option I should take so stuck with it.  The pain eventually got to much I was tired and gave in, I was put in a wheelchair, which I was crouching on as opposed to sitting on due to the pain and wheeled over to the hospital.  There I was examined and was told he was back to back; I was finally given an epidural (relief at last).

Alternative ways were discussed to get my baby out but it was agreed an emergency C-section was the best way to go, however another mummy was in need of a C-section first so went ahead of me.  I had now been fully dated for more than 5 hours.  Finally, I was wheeled into theatre and my gorgeous little man Theo was born.

It wasn’t until after that I realised what I had encountered.  My family in pieces worried for mine and Theo’s health and safety and me as a first time mother feeling stripped of her natural right to physically give birth and having to deal with the aftermath of a major operation.  I have felt like the first hurdle of motherhood I had failed already.

During my pregnancy I had a trainee midwife who followed me from the very beginning to the day Theo was born on 5th September 2015.  Out of all the midwives with me that day she was the one that gave me the courage to listen to what my body was telling me rather than push me to continue in yes the most natural way, but not the right way.

So for me I would have to disagree with what our NCT instructor said to us that very first day, no amount of Hugs was going to prepare me for what I was about to experience. 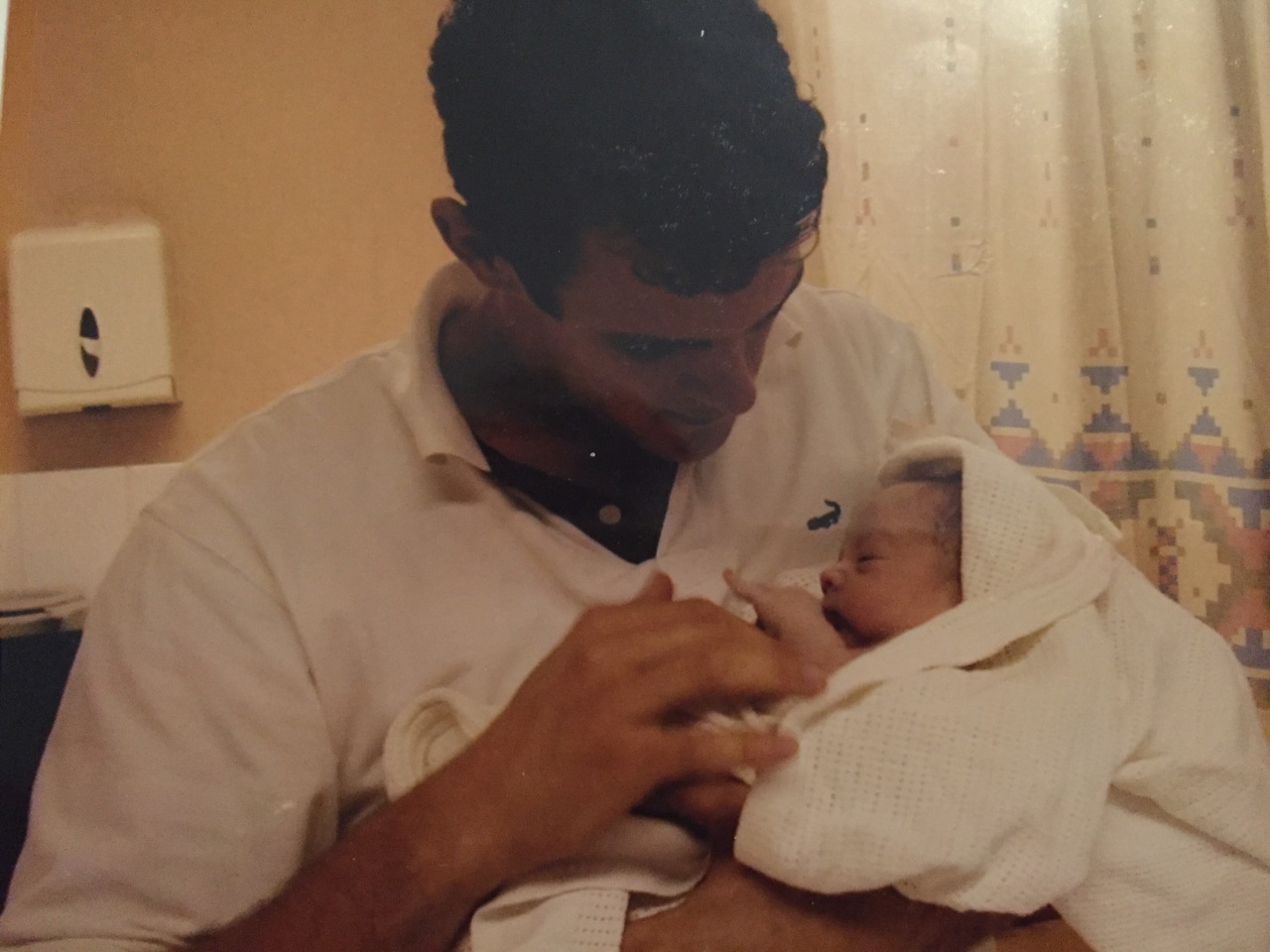 Charlotte
My first was a long labour.  As a 21-year-old mum, who had never held a baby before, I was petrified.  The contractions started thick and fast but not enough for me to be admitted to hospital.  After what felt like hours of walking the streets of Weybridge in the middle of the night, I made my husband take me in.

I was dilated enough to stay.  12 hours later and two mid wives in, nothing had happened.  I was no further along.  All I knew was how much pain I was in.  In my midwife appointments leading up to the main event, we went through my birth plan.  Here I wrote, as advised, that I wanted a natural birth, with only gas and air as pain relief.  This played heavily on my mind.  After nearly breaking my jaw on the gas and air mask, I asked for drugs.  I sobbed.  This was not on my plan, but the pain was indescribable and I couldn’t see how I could carry on.  I felt I was failing my baby.  Would he be affected by the drugs?

I had pethidine and an epidural.  The epidural took a while as they had to find a professional qualified to carry it out.  The midwife asking repeatedly if I still wanted to have it.  As much as I would have loved a natural birth, things were not going well and I was exhausted.  I had nothing to give. I really don’t know how I could have got through the next 10 hours.

Harry still wasn’t budging and even though I was pushing, nothing was happening.  Two doctors and a further midwife examined me.  They needed to pull him out, his heart rate had dropped.  Ventose time.  Finally, after 23 hours, my boy was out.  He was grey.  Quickly he was taken away, mask on, frantically being rubbed by the midwife.  All I remember was saying he is not crying.  I looked at my mum and husband and still he wasn’t crying.  Finally, I heard the cries.  He was given back to me and all was forgotten.

Looking back on the plan, it was pointless.  All I wanted was my baby to be safe.  As Maria Lally’s step father said, “In the UK we have the techniques to make it incredibly safe, so why not be open to some of those techniques if you need them?”.  I do not feel I was informed properly about the choices I had for the birth and realistic outcomes.  When I should have been concentrating on the baby, I was plagued by guilt of the damage I was doing to Harry by accepting drugs.  Yes, women have amazing natural births, but so many of us have complicated ones.

For my second, there was no plan.  I didn’t even look at that page in the maternity pack.  I was in complete control.  My baby was coming out safely and yes it was complicated.

We both had very different births, experiences leading up to them and ideals.  What we both felt was failure.  Were we not as strong as other mums who could deliver their babies pain-free?

This article made us both realise how lucky we are to have beautiful healthy children.  We also completely agree with Maria Lally; why hasn’t the ‘normal birth’ campaign been ended sooner?  Our first children have been born 11 years apart and yet we both experienced the guilt.

We want to end with a quote that tickled us and which sums this up “what if dentist suddenly launched a campaign for ‘natural dentistry’ and encouraged us to breathe our way through root canal and tooth extractions?”.

It’s worth a thought.

The Only Way is Latte

The Only Way is Latte